You sit back and relax as the 'plane awaits takeoff at Boston Logan Airport, Massachusetts. While waiting for the all-clear runway signal to come on, you find yourself getting engaged in a conversation with a suited businessman sitting next to you. It wasn't long before he asks you what your interests are, after realising that there is no common denominator between his occupation and yours. This influential Boston banker is flying to Los Angeles to seal a business deal. You are flying to the same city for some fun at Disneyland, after deciding to take a short break from your job as an assistant at Boston Aquarium.

In answering your companion, you begin to share your testimony of God's love through faith in Jesus Christ as Saviour, just as the airline gathers speed on the runway and soars into the air. You feel your spirit warm as you recall your dependence on the Lord during rough times and how you enjoy thanking and praising him when everything is going well - and also admitting that you still have a long way to go.

The banker turns towards you and asks, Are you a Creationist?

You reply, Yes most certainly. The Gospel of Jesus Christ would be totally meaningless if the Earth with all its life, including us, were not created by divine intelligence.

The banker bursts out laughing. I'm wasting my time talking to the likes of you! Divine Creation. Indeed. Six thousand years? Not only are you disputing many of the world's top scientists, but you are likening their established geologic time span to that of New York City being only a couple of metres away from Los Angeles. You religious types are a laughing stock in the community. Nobody takes the likes of you seriously these days.

You then emphasise that faith in the risen Lord is far more important for him than the debate over Creation versus Evolution. Meanwhile the 'plane soars westward over the Eastern coast of the USA. Then all of a sudden, five Arab men rise from their seats and make headway for the pilot's cabin. Realising what's happening, some of the passengers screams. There is a lot of scuffling heard from the cockpit. Two of the hijackers come out of the cockpit and begin wrestling with passengers attempting to intervene. One of the passengers is stabbed. The plane swerves and begins its descent. Soon the twin towers of the World Trade Center appears directly in front. Amidst screams, there is a sudden judder, and a massive ball of fire rockets through the airline. The next moment you find yourself in the arms of the risen Lord, as he greets you. He then directs you into a city so astonishingly beautiful, that by comparison, Disneyland wouldn't stand a chance. You also notice six more souls from the flight of 92 people are also with you. But there is no sign of the banker. Despite your attempt to search, he is nowhere to be seen.

Of course, this is fiction based on the historical event of 9/11. The five hijackers were from the extremist Muslim group Al Qaeda. Of a group of nations who believes that Allah is the only true God and there is no other. They are so devoted to this entity, that only earlier this year a young Muslim jihadist was ordered against his will to blow himself up in his tank he was driving to a nearby enemy city. How one Muslim group could be enemies with another of the same faith can be puzzling to me at least, but more likely it's to do with Sunni versus Shi'ite. The youth burst into tears at the thought of imminent death, and the terror of passing. But he went his way to become a suicidal hero. This is a reflection on how many other terrorists, including those of the 2005 London bombings, are committed to sacrifice their own lives for Allah, with a promise of Paradise with its harem of virgins.

According to them, Allah is a moon god who does not even have a son, let alone an advocate to atone for their sins. Their salvation is based on works, with the hope that sufficient works outbalancing sins will take them to Paradise. It is a motive based entirely on fear, without a shred of agape love which characterise the true God of Israel, the Church, and the Bible. Allah is an angry god indeed, who will either have all unbelievers converted to him or put to death. Perhaps you may be thinking, Thank goodness I wasn't born in the Middle East or in any Muslim country. That is the very line of thought that I still live under. The same applies to all other non-Christian countries, and to Catholic nations as well. I came to believe that only those born in Northern Europe (e.g Germany, Denmark, Holland, Scandinavia, United Kingdom) and North America have a far better chance of hearing the Gospel and believing. 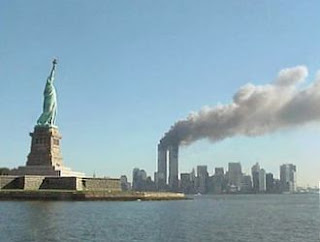 Being born in a non-Christian country and growing up there must be the nadir of bad luck or misfortune, as the average Western Christian may see it. There is even a long-held belief that England is the New Jerusalem, from a poem written by William Blake, along with the crackpot theory that Britain is the lost tribe of Ephraim and America is the younger tribe of Manasseh, despite that there is not a shred of Biblical evidence to support this. That is how far the British had gone in the past centuries as they reclined in the couch of spiritual self confidence. Rather, in a converse sense, it looks to me that being born in the West has no guarantee of salvation, as the banking businessmen in the above story can testify.

I sense a kind of invisible force in the air which is, and has always had, fought for every attempt to keep the average sinner blinded from the truth of the Gospel. Every effort has been made to hide the truth of justification by faith alone, whether it's the aggressive spreading of Islam, the more peaceful religions of Hindu and Buddhism, or even within the Christian faith, away from simple believing, towards a whole convolution of works, whether it's Roman Catholicism, Jehovah's Witnesses, Mormonism, Uniformity, Christian Science, or even debating whether one's salvation is eternal or not. Such a divisive image of Christianity presents a laughing stock to a mocking unbeliever. Then going back to the banker on the flight to Los Angeles. A fictional character he may be, but he is the accumulation of many real people who thinks that Creation is too ridiculous to be factual.

In the Western world, the theory of Evolution hold sway over almost the entire population, and especially here in the UK, the home of Charles Darwin. Ironically enough, Darwin's work is based on the work of another Brit, Charles Lyell, who wrote Principles of Geology, and founded his theory of Uniformitarian Geology (as opposed to catastrophism, as taught in the Bible). Little wonder that in the UK, and particularly here in England, Darwin's theory is taken as factual history by virtually everyone, including a large percentage of church-goers. Nothing robs the Gospel of Christ Crucified of its power more than the relegation of Creationism to the level of fanciful myth.

The Bible insists that the one who truly believes is fully acquitted from his sins and the righteousness of Christ is imputed into his account. Because Jesus himself had never sinned while here on Earth, his righteousness is perfect. As a result the believer cannot lose his salvation. He has the righteousness of Jesus Christ imputed into his account. But there are many who believe that salvation can be lost if he departs from the faith or commit too many sins. There are many from top universities who graduate on this idea. And most likely unknown by many, this "losing of salvation" theory, prominent in some Protestant churches, had its origins from the Vatican.

Paul the apostle, in his letter to the Ephesians, writes about the principalities which are at work within those who are disobedient (Ephesians 2:2, 6:12) and the only work which these forces can achieve is to convince the mind that attempting to reach God is by human effort, salvation partially by works, or kept by the believer's faithfulness rather than the righteousness of Christ. This runs parallel to the Edenic Lie, which promises human effort for an upward attainment to godhood as depicted in the theory of Evolution. This, I think, is the essence of disobedience: not to accept the complete righteousness of Christ, but to infuse works or any other effort into God's covenant of salvation, and to reach the state of divinity on the basis of self-effort.

If I were to die now, my entry into Heaven will be on the righteousness of Christ alone. However, I do believe that the grace of God will cover everyone who earnestly called on the Lord to save them. As a result, I do believe that an element of Roman Catholics are saved, along with remnants of all other Christian-based faiths and cults, including Jehovah's Witnesses and Mormons. They are saved by the grace of God through faith in Jesus, and not by any doctrine they may hold on to. God's desire is for all men everywhere to be saved (1 Timothy 2:4, 2 Peter 3:9) and anyone who calls upon the name of the Lord will be saved (Romans 10:13). 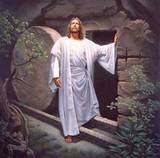 It is a crying shame to see everyone else under a cruel slave-driver being deceived with the idea of a works-based salvation. Then this same slave driver insisting that works alone is not enough, but martyrdom with the taking of other lives will secure a place in Heaven. All of this is a lie, and a lie which brings fear, hate and anger towards everyone else, but especially towards Christian believers.

The opening story is based on historical fact - the total death toll of  2,996 people (both in New York and at Washington D.C.) including all nineteen hijackers. But the disaster was not only the responsibility of the hijackers, not even just the responsibility of their leader who ordered the plot, Osama bin Laden. Rather it was the prompting of the real slave driver, invisible, but not lacking in power.

The good news however, that this power has already been defeated by Jesus Christ on that morning he rose physically from the dead. Christ's Resurrection has already sealed Satan's doom.
Posted by Frank E. Blasi at 15:19