Come On, Lord Sugar, They're Not That bad, Are They?

Ben and Catherene Mullany, both 31, from Pontardawe in South Wales, strutted along the Caribbean beach of Antigua like two proud peacocks as they enjoyed their two-week honeymoon in July, 2008. They where white, middle class and oozing high levels of education, professionalism and in turn, wealth. Their wealthy exuberance were further enhanced by staying at the £330-a-night Cocos Hotel. This would have added up to £4,620 on accommodation alone. On top of this, there would have been the cost of the air tickets, travel insurance and pocket money. I believe that the total cost of the holiday would have been greater than the annual income of many of the locals, many struggling day by day to make ends meet. Then again, their strutting should not have come as a surprise. Ben was once in the Army, followed by a stint as a Police Officer before becoming a student Physiotherapist. His bride, Catherine was a Paediatrician.
Then in the early hours of July 27th, the day they were due to fly back to the UK, two would-be robbers burst into their bedroom. They were suspected as being 23 year old Kaniel Martin and Avie Howell, 20. They shot the sleeping couple each at the back of the head. Catherine was killed instantly. Her husband Ben survived the ordeal, but died a week later at a UK hospital.
The gang got away with just their mobile phone.
Envy struck again.
Maybe, had this couple spent their honeymoon in the UK - sure, at times they would have been bored, stuck in their hotel while the heavy rain clattered on the window panes from outside, then wrapping up warm as they strolled along the wind-swept shingle beach, watching the grey, murky seawater churn on a strip of exposed sand while picking at the hot cod and chips from the large paper wrapper - then who knows, at present Catherine would have had a child crawling across the lounge floor of their home while breastfeeding her newborn. And afterward, after Ben comes in from work, their memories would have relished on their washout of a honeymoon, how it strengthened their bond between them.
Yes, it can be difficult at times to bury my face into a pillow and soak it with my tears over their fate.
Or the case of Gerry and Kate McCann.
Gerry was a Consultant Cardiologist, while Kate was also a Doctor. They with their three children flew to Praia du Luz in Portugal for a holiday during late Spring, 2007. One evening while the children were asleep, they enjoyed a bite at an eatery, close to their apartment. It was then, on 3rd May, that their eldest daughter Madeleine disappeared, presumed kidnapped.
The Media was on the case for weeks to follow. Both the BBC News and the newspapers spewed out article after article on the case of missing Madeleine. It was not surprising that I felt my sympathy dry up after repeated hearings and readings. Then one evening I was browsing the Daily Mail online, and one of the commentators under the McCann article wrote words to this effect:
If Madeleine had been the daughter of a single mother working as a Tesco Shelf-Stacker somewhere up North, this case would have been long forgotten!
I had fully identified with this writer. The British Establishment have a reverence for the higher standing, don't they?
As in the case of the 2012 London Olympics. Again, according to the Daily Mail article published a couple of weeks previous to this, 250,000 of the UK's public applied for seats at the 80,000 seat athletic (Track & Field) stadium. Of these, 36,000 were allocated, leaving the rest - 44,000 to private sponsors.
In all, these sponsors contribute £1.4 billion to the Games. If this seem a large contribution, it will be dwarfed by the £12 billion of taxpayer's money. (In this article, the Imperial billion is used, which is 1,000,000,000,000.)
Of some of the sponsors, head of FIFA, Sepp Blatter and his colleagues will enjoy a £1,500,000 mega-freebie and at the same time stay at the May Fair Hotel at a much reduced price, while competitors themselves were unable to secure their families with accommodation.
Even the Government is giving freebies to it VIPs and dignitaries. The Department of Culture, Media and Sport had spent £750,000 for 9,000 seats at the stadium. This equals £83.33 per seat.
Newspapers have labelled the ticketing ballot "grossly unfair" to the British public, whose taxes makes up the largest proportion of funding, yet Lord Sebastian Coe, 1980s Olympic 800 metre champion and Tory MP, says that the ballot was seamless. 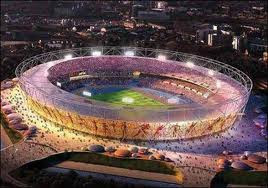 Is it another way of showing class favouritism?
Staying with sport, this article was written at the start of the 2011 Wimbledon Tennis season. Our star is Andrew Murray, the only Brit who stands a chance to win the Grand Slam at the men's singles final. Murray may be Britain's only hope, but unfortunately for the English, Murray is a Scotsman. The only Englishman ever to win the Grand Slam was Fred Perry, a son of a coal miner, who in 1934 defeated Australian Jack Crawford.
As the story goes, the officials would not present the trophy to a coal miner's son. So he was told to lift it himself. But the officials were much happier to present the runner up prize to the upper/middle class Australian. By 1936, Perry felt so betrayed by the fierce snobbery within the All England Lawn Tennis Club that he defected to the USA.
Nowadays bankers makes a good example of the Middle classes, the backbone, so we read in the newspapers, that holds Britain together and acts as a power engine for its economy. They are generally hated by the public for their pre-credit crunch greed, but still given adoring respect by the Establishment.
One good example of this was Sir Fred "The Shred" Goodwin, former head of the Royal Bank of Scotland. At his present age of 52, I take it that he was one of the 1980s City Yuppies, and therefore one of "Thatcher's Children". (Yuppie is the acronym for "Young Urban Professional." - now generally obsolete.) Goodwin as head of the RBS brought the Bank to its knees, and it would have gone bust had it not been bailed out by the taxpayer. Yet for this dramatic failure, he was knighted in 2004 for "Services in Banking". He resigned in October 2007 and is the recipient of a £700,000 pension pot.
There were many MPs in Parliament who lobbied to have Goodwin stripped of his Knighthood, but as far as I know, the Establishment had allowed him to keep it.
So it was of little surprise that by watching The Apprentice a couple of weeks ago, that I felt a smidgen of satisfaction when Lord Alan Sugar swore at contestant Jim Eastwood for bringing his task to ruin for the rest of his team. 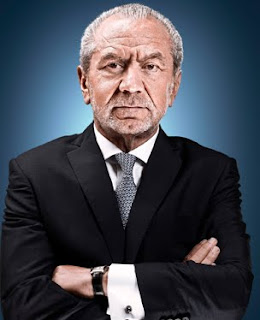 Perhaps what makes The Apprentice so entertaining is the way Lord Sugar takes these contestants down a peg or two when faced with failure. And in view of the whole nation, which I think, enjoys blaming them for the economic mess, the Recession and spiralling inflation with which we all suffer. A man in a suit is an easy target, isn't it?
But it is one thing to point the finger at the Establishment. It is quite another to see class discrimination and favouritism within the churches.
Neither the Establishment nor the public need to be reproved for class favouritism. They don't need such reproof. What they need instead is individual conviction of sin and the need of the Saviour, Jesus Christ.
Salvation is their need, not mere reproof. But Christian believers are very different. They uphold Jesus Christ as Saviour and their Lord, but I have still seen class favouritism among English churches. Plenty of it.
On a personal front, the attitude shown among Christian believers leaves a lot to be desired. Back in the 1970s and the 1980s, I was a member of what was Bracknell Baptist Church, the forerunner of the present Kerith Community Church. Members of my age were very forward with their University degrees, especially when communicating with the opposite sex, or seeking favours or responsibilities from the Elders. They tended to rate class as a more personal importance than their love and commitment to Christ. Youth leadership were chosen by the elders apparently by their level of education rather than of spirituality, as some discredited Divine Creation in favour of Evolution, therefore calling God a liar (for declaring that He made everything in six days when actually to them this was not true). Oddly, I found that nearly all the graduates who joined our church in my younger days believed in Evolution, and held their degrees and social class as high priorities.

We are one in Christ. No class favouritism here

Here I'm in danger as playing the judge. Everyone is accountable to God, and to God only, not to any of us. Therefore I have no right to act as a judge. God alone will judge us all.
But we believers need to take heed of what the Apostle James wrote to believers who were snobbish in his day. In chapter 2 of his letter, he wrote how bad it was to pay honour to a well dressed man who enters the assembly, and then treats a man in unbecoming clothes who also walks in with scornful disrespect. He calls this murder and therefore no better than a physical killing. Snobbery, class favouritism, honouring the rich, showing disrespect to the poor, shunning humble tasks - all these things are classed as murder and should not be seen among Christian believers.
Rather, we should put Jesus before national or class superiority. I would say that being filled with the Holy Spirit will dispose of such attitudes.
After all, we shall all die, and then all these things we be done away with. They are not eternal.
I bet Ben and Catherine Mullany would have wished to have walked along the cold, wet windswept beach in the UK with their raincoats flapping in the breeze instead of the warm, calm sunny tropical Antigua's beach lapped gently by the turquoise blue sea.
Posted by Frank E. Blasi at 16:24