The Moment a Ray of Light Shone

Wednesday of the past week was not untypical, at least for the last few weeks. Feeling depressed as I sat alone in the stationary train at a terminus platform of Reading Station, I watched as the carriage began to fill with other passengers. That is, except at my particular section, which consisted of two rows of triple seats facing each other, in which I remained a sole occupant. People passing through the central aisle seemed to glance at me sitting there, then quickly make up their minds to find other still-vacant seats elsewhere.

Am I imagining all this? Or is there a kind of negative aura surrounding my person in such a way that its affecting everyone who comes too close to its proximity? At last, a middle-age businessman, minus a tie, takes the seat directly opposite to where I was sitting, the two of us facing each other as the train began to pull out of its bay. A little way into the journey, as I looked out of the window towards the sky, he suddenly rose from his seat and moved to a vacant seat on the opposite side of the carriage without alighting at any scheduled stops. 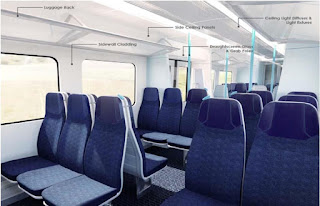 Maybe the fellow has a preference for the more restricted airline seating arrangement fitted at the other side of the carriage. Or more disturbingly, could it be the energy generated by such a negative aura surrounding me to be strong enough to make this businessman decide to move away?

A state of depression. It was as if in the midst of deep darkness, imprisoned within the most gloomy chamber I can imagine. How strong and binding it was. Yet I wasn't even sure what was the cause of such emotions. I just couldn't put my finger on it. It seems that no amount of prayer or meditation can shift it. I was thinking whether I need counselling. Would talking to a stranger really unload my burdens? Yet it has been like this now for several weeks. It is as if something was slowly turning the screw, gradually intensifying the feelings of perpetual sadness, fear and trepidation. To the extent of impairing my judgement. As, for example, while fumbling about with this Blogger page on my laptop, I found myself staring at a prompt highlighted on the screen. I'm sure the prompt read, Comments awaiting moderation. Yes, I have a moderation system in place. This is not to dissuade any form of argument or disagreement with what I have written and posted. Rather, it is to keep off any input or contribution carrying links to other websites promoting product sales.

Seeing so many comments under the heading Comments Awaiting Moderation (so I thought), I clicked the Delete All prompt - then suddenly realised what I have just done. I have literally wiped out every comment that was ever posted on the page, probably numbering up to a thousand. It was a disaster, but one which occurred due to a befuddled judgement caused by constant depression. Not surprisingly, by that Wednesday evening such emotions reached near-panic stage.

We were watching Holby City (a soap based on a fictitious Bristol hospital) when I felt a need for both of us (Alex and myself) to pray, and to pray fervently. After the program ended, we both got down to prayer. Perhaps some 15-20 minutes into praying, a disturbance could be heard coming from one of our neighbours.

My heart fell.
"Someone has scored a goal!" I exclaimed, realising that the match between England and Croatia must have gone into extra time, it being rather late in the evening.

As the banging on the wall continued, I decided to put on some relaxing music to act as a background noise-shield for our praying. But after that incident, I couldn't pray anymore. I felt discouraged, and all I wanted to do was to bury my head into a corner of the sofa, which I actually did. But Alex kept on praying, asking God to help her husband find relief from his ongoing depression. She spent a considerable amount of time pleading to the Almighty on my behalf while the gentle music played. At last, after an undefined period, Alex ended her praying and asked if I can give her some refreshment. 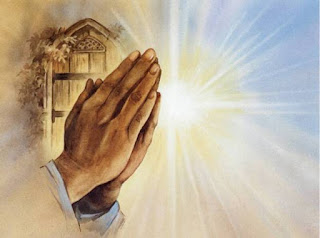 I rose and walked into the kitchen and casually looked out of the window. I had to blink twice. I couldn't believe what I was seeing.

Those two houses on the opposite side of our street. For the last few weeks, giant English St. George flags were draped from the front bedroom windows. I stared at the properties. All the flags had gone! Suddenly it was as if a ray of light had pierced the darkness of my heart. Could it be? Yes, could it be...?

As I was preparing a snack for both of us, for the first time I began to feel my depression lift. But I was very cautious, reasoning to myself on why the flags were down if the World Cup Final is still a few days away. Could it be that such "underdogs" such as Croatia had knocked the mighty and proud Three Lions out of the tournament? Surely, this was too good to be true.

Until I checked the Internet. Sure indeed, the little nation of Croatia had eliminated England during extra time, and the timing of the deciding goal coincided with the disturbance heard from next door. The noise was not of cheering but of disappointment and frustration. By contrast, the depression which had me gripped in its power began to lose its hold, and with great surprise with the result, I began to feel a rush of relief, and for a first time after a long while, a sense of happiness.

The reader can be forgiven for wondering why I was so against England winning the World Cup. Simply this: with Italian origins, I felt threatened. And that despite earlier that evening, before kick-off, I actually posted a wish for England to do well on Facebook, as well as writing last week's blog in support. And there were other times when I spoke positively for our national team. But thinking back, I don't think my heart was in any of this well-wishing rhetoric. Rather it was done to save face if England made it into the Final and won. In other words, a form of self-preservation.

It was during the days following their 2-0 victory against Sweden in the Quarter-final when three words became apparent, according to Media outlets. Those words looking to be most appropriate are proud and arrogant. Over and over again, the phrase Football is coming home was constantly repeated as if a mantra. There was a high level of pride and optimism that the trophy will return home this time. And the semi-final against Croatia? Never mind about that. Croatia is a non-entity, we will wipe them out as easily as a cloth wiping water off a table. After all, what significance has such a small nation in a tournament of giants, with the Three Lions being the greatest giant of all? A giant which was motherland to history's greatest Empire, which remained ongoing for around four hundred years.

And also in a geographical sense, the motherland of the greatest Empire in history happens to be an island off the north coast of mainland Europe. This gives a mentality of isolation and with it the ability to rule from a distance, without the need for international borders which would encourage foreign invasion. The way I picture it, Britain is rather like a schoolmaster standing at a distance from all the young students, facing them and delivering his edict with full authority and a sense of unquestionable individual superiority, without a single student daring to butt in. As I see it, that's how the English have always perceived the rest of the world. One nation leads, the rest follow with subordination. Indeed, such source of pride is steeped in history.

And what pride! What optimism after defeating Sweden! It is as if such a tiny, insignificant nation such as Croatia had no relevance at all. An easy win. Yea! the Final, here we come! And return home with the trophy. Indeed. But God had other thoughts. As written in Scripture I happen to be reading by chance this morning:

Maybe Jesus had a foreknowledge of international football and all the self-exaltation and national glory-seeking which will go with it, even if it's two millennia after his time! Maybe England has a lesson here to learn, what it means to be humble. According to the Oxford Dictionary, the word humble is defined as, having or showing a low estimate of one's own importance. Maybe, who knows, if England had such a characteristic on a national scale, chances that it would have won the Cup several times in its long half-century history of dwelling in the sporting wilderness. 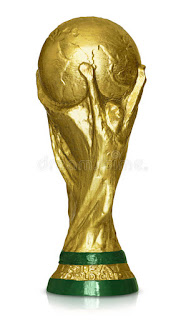 Which leads to thinking. When France beat Belgium in its 2018 semi-final, its fans showed quite a high level of arrogance by causing crowd havoc in the streets of Paris. Could this mean that France will forfeit its chances of taking home the trophy - which would be for the second time since only 1998? Yes, that is possible. But hand-on-heart, I would prefer Croatia to win. At least in its short history, for them it will be the first Cup victory since October 1991, when this small country gained independence from former Yugoslavia.

But at the time of writing, I have just less than 24 hours to find out. If Croatia does win, who knows, perhaps there is further truth in God showing mercy to the weaker side. But if France win - well, God's thoughts and his ways are higher than ours, who can fathom them?

Whichever way the coin will fall, this I know: after prayer that Wednesday evening, a ray of light pierced through the darkness of my heart, and the heavy depression started to lift. I have to wait to see what happens in four years from now.
Posted by Frank E. Blasi at 13:00