A comment I posted recently on a blogger friend's post has given me further thoughts about a powerful waterfall thundering over a precipice. There has been only one such phenomenon I have visited personally, and that was Niagara Falls on the Canadian/American border way back in 1977 as an aspiring backpacker, and with such opportunities, I have learnt to gain experience of this form of travel.

It was rather ironic, come to think of it. In the months leading up to this getaway involving my first transatlantic flight in my life, I was engrossed with the iconic TV police drama which dominated the 1970's: Starsky and Hutch, two casually dressed detectives played by actors Paul Glaser and David Soul respectively, with the theme based in downtown Los Angeles. The script allowed this pair of unmarried men in their thirties to tease each other, up to a certain point, but like with crime-fighters Batman and Robin, aired on our sets a decade earlier, these two cops never became embroiled in bitter disagreements. And as young women around me as well as across the nation alike, swooned at the sight of David Soul playing the romantic and soft-spoken hero, the city of Los Angeles became the "must see" location to visit sometime before I die. 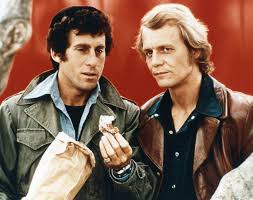 I was already a Christian believer at the time for at least four years. By then I had developed the deep want of visiting the City of Angels. But back then I had a problem. In those days an American visa stamped in my dark blue British Passport was absolutely necessary even just to peek into the USA from Canada, before the introduction of the visa-waiving Green Card in the 1980's. It was in 1977 when the engineering firm I was working for was about to close down, to be relocated near Plymouth, and I was one of many who had to go and find another job. As expected, the officials at the American Embassy in London became very stroppy about issuing me a visa, and the failed application form returned with the page entirely struck through. Some weeks later, a convincing letter embossed with the company's logo was presented with a fresh form, passport, and other necessary documents in person to the Embassy, and I was told to collect my passport in person several hours later. This meant that the period of interlude was spent enjoying the sights of London. When I called in to collect my passport in the evening, I leaped with joy to see the much-wanted stamp on one of its pages.

But the booking was already made for a return flight to Toronto instead of to Los Angeles. Disappointed with the first visa refusal, I chose Canada as an alternative, and decided to visit the area around the Great Lakes. For the British citizen, no visa was required for entry into Canada.

And so with the issue of the USA visa, everything changed. What was meant originally to be a single-location holiday in Southern California, with a fanciful hope of bumping into Starsky and Hutch, it turned out to be an across-the-continent backpacking trip with an international crossing. And soon after arriving at Toronto, I went to look for a hotel, as back in 1977, hosteling was still unknown to me, and after settling down for a couple of days, my first venture out of the city was to visit the Niagara Falls from the Canadian side.

The Canadian Horseshoe Falls was mighty and impressive! As I stood just feet away, I felt the ground beneath me constantly tremble as the waters of Lake Erie tumbled fifty metres into Lake Ontario. I even had the opportunity to hire a special raincoat and to stand in a tunnel which opened just behind the falls, with my fingertips at full stretch just a foot or two from the cascading curtain. Another feature which was in existence in 1977 but which, I believe is no longer there at present, was a footpath which crossed from Canada into the United States over the Niagara River, with the actual boundary painted across the footpath. This path ran alongside a road bridge into New York State from Canada. 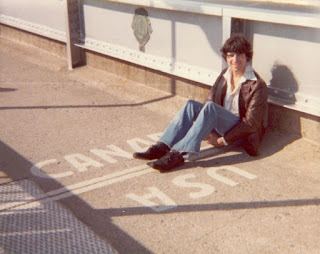 Perhaps acting like an excited teenager as I straddled the boundary, I was yet to learn of the willingness of God to bless and richly fulfill the lives of everyone who has received his Son. Even back then, God had much more for me to experience and enjoy, including less than two weeks later, when I found myself walking through Hollywood Boulevard and along Disneyland's USA Street. But travel would become an eye-opening and God-glorifying set of experiences in the years to come. And that was after flying home from Toronto a month after arrival, thinking that this was the one and only lifetime experience. God had a lot more up his sleeve, as I was to discover.

I spent a day at Niagara Falls. It was relatively easy to get to from near my hotel by bus, which offered views of Lake Ontario along the route to the Falls. Standing by the cascading Falls as it flows over the precipice, because the sun was shining that day, a permanent rainbow arched through the mist which rose into the air as the waters thundered down. And the science underlining all this makes for me at least, a far greater wonder than the majestic powers of the Falls themselves.

Talking about Disneyland, the most prominent symbol of Walt Disney's enterprise is the head of Mickey Mouse - consisting of a large solid circle with two smaller ones attached fairly close to each other. 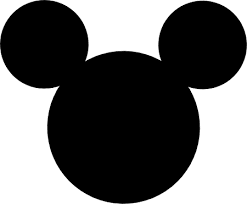 It is that sort of image from which models of Mickey has flooded the market, and easily recognisable, and just by walking through the theme park, it would be difficult not to see any children holding the string of such toy balloons, along with other souvenirs and trinkets on display at the park's many shops and kiosks. But the way I also see it, it has a startling resemblance of a typical water molecule, as any schoolbook would attest. That is one oxygen atom with two hydrogen atoms attached to it. As each hydrogen atom consist of one proton nucleus with a single electron whirring around it, the comparatively massive space between electron and nucleus makes up the main body of the atom. Every atom of every element has that same component, a nucleus with electrons whirring around it. Among complex elements there may be a nucleus consisting of many protons and neutrons, with multiple electrons whirring around it, but it is the space in between which determines its size. In other words, if the space between the electron and nucleus which makes up every atom of the human body were to be removed, then each one of us would be no larger than a grain of salt! It is hard to image that we, along with everything else in the Universe, consist mainly of empty space.

So I can't imagine the actual number of water molecules which had tumbled over the precipice at the Niagara Falls over, let's say 4,000 years. Of course, we would think such a number is infinitely far too great, and therefore impossible to calculate. But whatever that number could be, it is certainly small if compared to the probability that the life, death and resurrection of Jesus Christ fulfilled every Old Testament prophecy entirely by chance, without any divine guidance. For example, even circumstances beyond the Lord's control were fulfillment of prophecy. Situations such as the time and place of his birth, his betrayal by Judas Iscariot, the exact amount of money offered by the priests, the throwing of dice by the Roman soldiers over his clothing, the manner of execution, and the place of burial, were all prophesied hundreds, even thousands of years earlier, without the Lord Jesus himself having his hand in any of these. 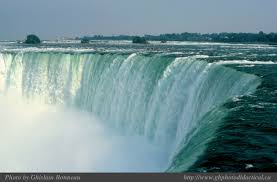 It has been worked out that the chance of the entire life of Jesus Christ, and connecting circumstances fulfilling all prophecy by chance alone, is one in one, followed by 181 zeroes. According to studies, this huge number is equivalent to a ball of tightly packed electrons. It's the size of such a ball that really hits home, for it would be around five hundred quadrillion times the diameter of our known Universe! Now if one electron was marked out, then mixed thoroughly into the ball, and a blindfolded man was sent into the ball to pick out that single electron, The probability of him picking out that one marked electron on his first attempt is the same as all prophecy fulfilled in Christ purely by chance, and without divine inspiration, guidance and sovereignty.*

All this makes the Niagara Falls micro-minuscule by comparison with the love, power, and sovereignty of God. Could this be the reason why I should trust in God alone, and not fear the thoughts and actions of men, whether good or evil? As I approach an important crossroads of my life, what does the future hold for me, for my wife, for both of us? Like Peter before us, am I looking at the stormy waters and finding myself sinking? Or am I looking to Jesus to sustain us? Again, I could ask: Why am I afraid of men, and their decisions? Aren't we all sustained by the very life of God himself, everyone of us, both good and evil? If God were to withdraw his power, would we all implode and become like grains of salt?

God knows best. This is why I should not fear men, especially those in authority. That is why I'm a firm believer in Once Saved Always Saved, or Eternal Security. The Sovereignty of God. His power. His love. The Giver and the One who sustains all life. He is the one I can trust, and to him alone I must give an account.

Maybe that's one point both Starsky and Hutch should seriously consider.