End of a Wonderful Sabbatical...

The past three months was one of the nicest periods of my life, other than holidays and long haul backpacking trips. These three months, although rather turbulent at first, began to quieten down as the days and the weeks progressed. These weeks made up the time of convalescence, following a major cardiac operation back in early February. The procedure was having a new tissue aortic valve replacement, as the one I was born with had a problem with regurgitation - that means that instead of the valve slamming shut and totally preventing the blood flowing back into the heart cavity, the aortic valve kept failing to shut properly, allowing the blood to seep back into the left ventricle. Eventually, my heart was signalling to me that it has had enough, as the problem was known to be very long term, with the likelihood of having been born with the condition.

Such signals consisting of waking up in the middle of the night, finding myself literally gasping for air, like an athlete who had just finished a race. Alongside this gasping, there was a sense of drowning, caused by the presence of fluid in my lungs, which was also the cause of my chest rumbling while breathing. Night after night this went on until my wife, alarmed at the phenomenon, begged me to visit the G.P. I had to overcome my masculine pride as I submitted my symptoms to this highly educated female professional, young enough to be my daughter at least. But it wasn't long, after a series of tests, that valve regurgitation was diagnosed as the bottom cause of the symptoms, and I was in need of open heart surgery. 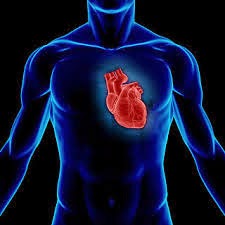 The operation itself came early February. For details of the procedure and of the days which followed, click on to one  of my older blogs, In the Darkness, posted February 14th, 2015. But in the weeks to follow after discharge, I was told to rest for three months by the medical team, as my job as a domestic window cleaner involved lifting heavy ladders. And here is the rub. Had my occupation consisted of office or clerical activity, chances that I could have returned to work only after a month of convalescence, maybe six weeks at the most. I had enough financial reserves to have seen through such a short period of rest. But a duration of three months was rather different. So we (my wife and I) decided on a temporary State handout to help us through the period. The mountain of form filling, attending interviews, and receiving unexpected mail asking for more details, or to settle a query, were humiliating enough to make us feel like criminals, which was rather upsetting, as well as ironic, when considering that our politicians had their snouts in the trough where State-funded Expense Allowances were concerned. On the other hand, when even our church elders offered some financial help in the beginning, we felt right to turn this down in favour of State benefits. Eventually, after the first month, the incoming benefits started to arrive at last.

There were hardly any hiccups after this, and I began to see this time of rest as more of a sabbatical rather than a period of post-op convalescence. There remained, however some concerns. One is that, while before the procedure, I was told by the Consultant that the op was the "be all to end all" concerning symptoms, like one of my clients, older than me, who had exactly the same procedure for the same cardiac problem, yet his cheerful disposition testifying that he is no longer on medication. With me, when I complained of continuous shortness of breath, I had a electrocardiograph and an X-ray, which confirmed an irregular heartbeat, which means that I have to be on medication, including Warfarin, (an anticoagulant) for life.  And then my nearest and dearest, who is also on medication. The sabbatical has allowed me to take her to hospital for an appointment, renew her medical prescriptions, as well as having to take her to her G.P. without all of this to have eaten away into my working hours. In short, I was free to nurse her to the full.

With all that aside, I'm not hesitant to admit that I have thoroughly enjoyed the long respite, and I can't help feeling sad over the thought that this is the final weekend before I return to work on Monday (i.e. May 18th), together with the long-range forecast predicting cool, lousy weather as well. Let's face it, there is something about not having to get up early each morning to face the day. But on the other hand, bone idleness has always been far from my liking. During the earlier days of the sabbatical, I went out on walks, starting with short distances, then increasing them each day, as exactly instructed by the Physician. So every day began with a long walk. Then by the afternoon, I set my mind upon one of those challenging 1,000 piece jigsaw puzzles, the one I had to piece together without the master picture on the lid, because there wasn't one. Then quite a considerable time browsing the Internet.

But way above all this, is having the time to take my wife out in her wheelchair. Being lame rather than totally immobile, we were able to get about without too much hassle. One including a walk along the river Thames passing through some woods. The weather was sunshine and warm. Being together in such a lovely environment was as close to paradise as we could get. And I guess that's the main gist of such sabbaticals - for us to spend time together on a daily basis over a period of prolonged time rather than just on weekends and comparatively short holidays. It seems to have added extra goodness into our marriage. 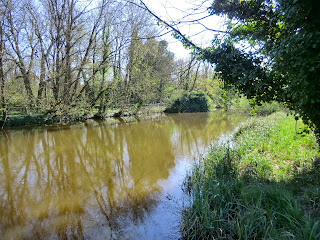 And sabbaticals were far from being unbiblical. On the contrary, the regular sabbatical was part of Old Testament law delivered to Israel by God himself through Moses. In Leviticus 25:1-7, God instructs Moses to tell the whole nation of Israel that on every seventh year, every landowner must allow his fields to rest from growing of any crops. This includes ploughing of the ground, as well as sowing, reaping, and harvesting. As Israel was mostly agricultural, this means that every landowning family must cease from working his fields of one whole year out of every seven years. Before the operation, I have often wondered what all this means to the household. Would they get crushingly bored or frustrated over twelve months of enforced idleness? After all, day trips to the beach was unknown to them, let alone international travel. Neither did they have anything remotely like all the commodities we take for granted - TV's, music centres, computers, even sports equipment - all were unknown.

But God must have known the human psyche enough to usher in such a law without it being detrimental to any of the families. In fact, musical instruments were known, along with the ability to read, write, and possibly with a reasonable knowledge of math. In addition to the land enjoying a full years rest, it was most likely that God also intended rest and recreation in the home. Just as I have found ways to avoid boredom during those three months in convalescence, so it was more than likely that the ancient Israeli farmer took that year as a time of rest, recreation, and rejoicing.

The fact that by the time Israel had become a kingdom with King Saul being the first monarch, the practice of the seventh year sabbatical was all but abandoned and forgotten, most likely due to a lack of faith in God's provisions. By the time King Nebuchadnezzar of Babylon had sacked Jerusalem in 586 BC, there had been 490 years of kingdom rule where the seventh year of sabbatical rest was never observed across Israel, and therefore the land owed God seventy years of sabbatical rest, hence the seventy year Exile which the King of Babylon unwittingly ushered in.

Rather than getting into deep Bible study here, it is worth mentioning that taking a sabbatical sometime during one's working life is psychologically healthy, endorsed by God himself, and I believe that to this day, every working family, couple, or single person should take a sabbatical. Yes, I'm aware that you as a reader me throw up your arms in horror and ask, "What about our finances, our bills to pay, our food and drink, and our general welfare?"

I bet those early Israelites must have gasped the very same kind of question. "How then are we going to eat? Or trade our goods if we don't plough, sow, and reap our harvest?" But that's where their trust in God comes in. If he is not able to meet their needs, surely he wouldn't have passed the law in the first place. As King David said to the two criminals who thought they were doing him a favour, he declared:
As surely as the Lord lives, who has delivered me out of all trouble...2 Samuel 4:9.

This was not my first sabbatical. Back in 1997, I took eleven weeks off work to do a little travelling, and flew to Singapore, Australia, and California. And I can declare, without an iota of exaggeration, that not only God watched over my window cleaning business as it lay fallow, which is to say, no loss of clients - but my bank accounts remained stable, my apartment wasn't broken into, and while I was away, I remained healthy and free from any illness, I didn't come to any harm, neither was I mugged or robbed, and actually returned home with some change, and remained free of debt, except for a credit card payment for a bed at a hostel, and that was due to shortsightedness on my part when the Queen's birthday meant a bank holiday in Australia, and I had forgotten to cash a traveller's cheque.

But I can testify of God's care throughout the time I was not at work, and this post-op convalescence was no different. True enough, it was very difficult to have gotten the Benefits going, but I had never ran low on finance, neither had we gone hungry, or ran up debts. Rather, under God's loving care, we both enjoyed being together, and as I return to work on Monday, so God's loving care will go on as long as we live.
Posted by Frank E. Blasi at 15:31