Last week I detailed Abraham's character, and proving from the Bible that despite the patriarch's fear of the future, his cowardly attitude over his wife, and his inability to trust other people, God chose him to be the father of a special nation from which a Saviour was to arise to reconcile a fallen world to himself. There was a point in time when the Lord made a promise that even in his old age, a son would be born from his loins. Abraham believed this revelation in his heart, and as a result, he was fully acquitted from all his sins, and became known as the father of faith (Genesis 15:6). In both the Old and New Testaments and therefore after the patriarch's death, God has referred to himself in the present tense as the God of Abraham, indicating that he was conscious in eternity, long after his bones were buried in the Cave of Machpelah (Exodus 3:6, Mark 12:26-27). 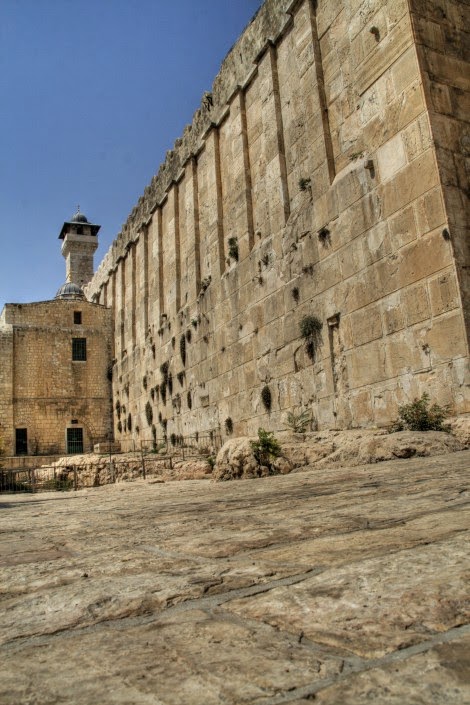 Site of the Cave of Machpelah, Hebron
Whether Abraham believed it or not, by reading the narration, I am convinced of his eternal security in Christ. The fact was still true, even if the great patriarch did not realise it. I thank God that his gift of eternal life is independent of our thoughts, motives, and feelings! But what I have seen arising within the last couple of decades is the idea that a believer can lose his salvation if he either fails to hold faithful, or to allow his sins to stack up without confessing - a central tenet of the Roman Catholic faith. That is why in this follow-up blog from last week's, which can be classed as a Bible study topic, I hope to both bring such glory to God and to edify as well, if the Lord grants such a privilege.

After Abraham was justified by faith, there was no hint that he had lost his salvation, or even suffered a temporary relapse into his former lost state. Yet he was so fearful for his life, after God had given him his promise, that he virtually disowned his wife. And he did that twice, at least. If there was an opportunity for Abraham to fall away, surely those two occasions would have been them. But God, in his faithfulness in his promise, spoke both to the Egyptian Pharaoh and later, the King of Gerah, to return Sarah to her husband. The two rulers both then rebuked Abraham over his mistrust, but no rebuke, as far as I know, from Heaven. Now if it is possible for us to lose our salvation over a similar incident of faithlessness, wouldn't this make the Lord to be grossly unfair? But those who advocate a conditional security can point out at least two contrasting set of verses which gives the Bible a sense of inconsistency:

It is impossible for those who had once been enlightened, who has tasted the heavenly gift, who have shared in the Holy Spirit, who have tasted the goodness of the Word of God and the powers of the coming age, if they fall away, to be brought back to repentance, because to their loss they are crucifying the Son of God all over again and subjecting him to public disgrace.
Hebrews 6:4-6.

Seeing such inconsistency, advocates of Conditional Security has brought out a theory that yes, once saved, nobody can take your salvation away from you, no matter how hard they try. But you are still free to just walk away from the eternal life God has given you, and perish forever. And such advocates has quoted Hebrews 6:4-6 as classic proof text to support their teachings. So why not delve into the Old Testament book of Leviticus to grasp what was really in the author's mind when he wrote that?

Leviticus opens with the tabernacle complete but not yet in use. So God gives to Moses exact and specific directions for its use, and who will be staffing it. Only the descendants of Aaron, brother of Moses, were allowed to minister to Israel at the Tabernacle. Every Israelite who wants to come into God's presence must never arrive empty-handed. Instead he must bring a male goat for a sin offering, a calf and a lamb for a burnt offering, an ox and a ram for a peace offering, along with a grain offering mixed with oil (Leviticus 9:3-4). The priest must then kill each beast according to the type of sacrifice, their fat burned on the altar, and their blood splashed on all four sides of the altar. Consequences for not obeying the regulations, or overstepping the mark, as was the case of Aaron's two sons Nadab and Abihu (Leviticus 10) resulted in instant death, as was the case of anyone who entered the inner sanctuary without authority, whether a priest or ordinary citizen. 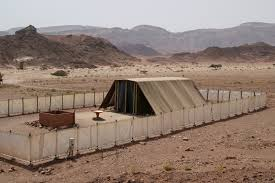 According to the narration, Nadab and Abihu's intentions in offering fire in censors to the Lord were good. But neither his father or brothers were allowed to mourn. Despite their good motives, the incident had brought out the seriousness of sin. Simply put, it is impossible to come into God's presence without the shedding of blood, and even then, the blood must be shed in a specific way.

The Jews have kept these regulations right up to the time of Christ, but the system was a failure. Those sacrifices only atoned for unintentional sins; deliberate sins such as blasphemy, murder and adultery, as well as Sabbath-breaking (Numbers 15:32-36), and rebellion (Numbers 16) were punishable by death, normally through stoning. So after the sacrifice was completed, the one who offered was forgiven - until he sins again, and bring forth five more beasts to make a fresh atonement. This was a classic case of only past sins forgiven - a fresh sacrifice had to be made every time a person wanted to consult with his God. If the system of only past sins being forgiven had proved a failure, it looks to me to be tragic that the average Roman Catholic must attend Mass regularly to partake in a bloodless sacrifice offered by the priest, from which advocates of Conditional Security had borrowed the same soteriological idea.

When the Lord Jesus Christ died on the cross, the curtain which separated the inner sanctuary of the Temple from the outer one was torn in two from top to bottom, indicating a divine act. From then on, anyone can approach the throne of God without an animal sacrifice and live, and not die as a result. The sacrifice of Christ has paid for all of the sins one has, and would ever commit. So to return to offering sacrifices at the Temple after the Resurrection was a denial of the efficiency of the Atonement made by the Lord. In short, a return to Temple ordinances was denying the Lord.

As before the cross, the Holy Spirit can only reside temporally in a believer, which necessity of full acquittal was required, as was the case of Abraham, Moses, Aaron, King David, etc. But after the Resurrection, the Holy Spirit abides in the believer forever, making him holy. And that is the true definition of holiness - the presence of God, as was the case of an area of ground where Moses stood at the burning bush. God ordered Moses to take off his sandals because the ground he was standing on was holy ground (Exodus 3:5). When a group of believers gathers together, the Holy Spirit dwells not only in them but also among them, influencing any unbeliever who walks in. We can read about this in 1 Corinthians 14:24-25 -

But if an unbeliever or someone who does not understand comes in while everybody is prophesying, he will be convinced by all that he is a sinner and will be judged by all, and the secrets of his heart will be laid bare. So he will fall down and worship God, exclaiming, "God is really among you!"

Here without doubt the unbeliever became a partaker of the Holy Spirit, even in his unconverted state. But supposing that this unbeliever was a Jew who had walked in, but instead of believing in his heart that this Jesus is the promised Messiah who died to atone for him, ending all Temple sacrifices and ordinances, and rose physically from the dead, he shook his head, muttered something about "Gentile hysteria", walks out and returns to his Temple ordinances. The chance of coming to repentance becomes impossible due to a hardening of his heart. This is exactly what Hebrews 6:4-6 is all about. It was never about a believer falling away and losing his salvation, as Conditional Security advocates insist, but an unbeliever turning away after being brought to the gates of Heaven by the Holy Spirit. And that in particular among the Jews, to whom this letter was addressed.

Holiness is about having the Spirit of Christ dwelling in you, and shining out by showing the love of Christ to another person, especially a fellow believer. That is what walking in faith is all about. Love. As in 1 Corinthians 13. By loving that person or group of people in the same way Christ would have loved them fulfils the entire Law. The one who loves would not want to steal, hurt, kill, or falsely accuse, or even covet his possessions, and would respect the wife as her husband's and not touch her. At the same time he would love God with all his mind, heart, soul, and strength. But these things takes time for the Christian. When he sins, the Blood of Jesus had already atoned for him, but it's good for him to agree with God that he wasn't following the lead of the Spirit. That is what confession to God is all about - simply to agree with him. 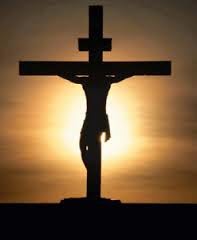 I have written all this because of the peeve in watching fellow believers living under the Law, as this is the result of Conditional Security - living under the Law. That is, if I allow my sins to stack up unconfessed, or turn away from the faith, I perish. And that despite that if I keep the Law but stumble at just one point, I become guilty of all (James 2:10). And I have found that those believing in Conditional Security (or as I like to call it: Probational Salvation) tend to be less loving, more judgemental and critical, and generally weary towards those who disagree with them. So according to my 40 + years of being a believer myself, having being snapped at by those who thinks they must "hold on". But despite our human frailty (and those who believe in Eternal Security have their weaknesses too) - my desire is to walk in the power of the Holy Spirit, and whenever I have to make a decision, or how I should respond to a given situation, I ask myself: How would Jesus have dealt with this?