This morning we saw a significant change in the life of our church. Mainly two innovations: First we moved our Sunday morning services from our original building tucked away at a housing estate, to the world famous Ascot Racecourse and secondly, with the move, we changed our name from Ascot Baptist church to Ascot Life Church, a name based on John 10:10:

The thief cometh not, but for to steal, and to kill, and to destroy: I am come that they might have life, and that they have it more abundantly.

The move was the final outcome from a question put to one of our Elders some time ago by a visiting preacher: "Have you considered becoming involved with the Ascot Racecourse?"

The move to the Paddock Restaurant was the result of our church growing in numbers until the Sunday morning congregation became too large for our original building. This is the grace of God working in our area, bringing new people in - not only from our local area but also from nearby Holloway College, of the University of London. Furthermore, we attract people from abroad, and for some reason, South Africa seems to be a reliable source for the Ascot congregation. And oh yes, I must add this: Unlike at major horse racing tournaments such as Ascot Week where suit and tie is compulsory for all male visitors and punters, casual dress is still permitted for us at our new venue. Phew!

Our move to the Racecourse is certainly good news for church life. Here in the UK where atheism is taking hold, together with a decline of national morality which was once founded on Judeo/Christian heritage, it is simply great to see people turning to Jesus Christ for salvation, the forgiveness of sins and a relationship with God which is a lot better than merely practising religion. In my heart I wish to see many, many more people turning to Jesus Christ by faith. This, and this alone, can change both society and the Economy in a way that no Government can achieve.

But on the national scale I wonder if we are winning the battle. We see and hear about dwindling congregations within the Church of England while its elders bicker over homosexual leaders and of the ordination of women bishops. At present, the C.of E. is campaigning against massive bonuses awarded to senior executives and bankers, protesting over such greed by quoting parts of Scripture, where Jesus said that one cannot serve both God and mammon, which we interpret as money today. This along with Paul's famous quote, that the love of money is the root of all evil. These are good maxims, but alone they fail to regenerate the heart, rather such maxims used in such context are liable to raise hostility against our present Tory Party in Government, thought by many as "the Party for the rich."

It is also worth noting that our change of venue is just under a week after the double bombing close to the finish line of the Boston Marathon, in the American state of Massachusetts. Such an occasion brought up in my mind the issue of suffering. Sad to say, my own brother remains an atheist by this fact alone. His analysis on the existence of God reflects an experience I had way back in 1978.

I was sitting alone in a works canteen at what was then British Aerospace Precision Engineering at Weybridge, Surrey. There was a time when this fully staffed restaurant serving hot, cooked dinners was reserved only for office staff, or if you like, men in suits. The manual workers, regardless of their skills, were confined to the adjoining canteen with only vending machines serving drinks and snacks, and one was encouraged to bring their own packed lunch. Then the Union debated with senior management over the rights of use of the restaurant for manual workers, and the Union won the debate, allowing blue-collar workers to share the restaurant with the white-collar staff. 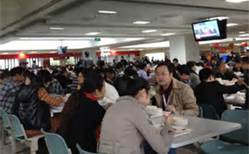 However, it was natural for white-collar to sit with white-collar and blue-collar with blue-collar at separate tables, but on this occasion I sat alone at this particular table. A short while afterwards a group of office workers found where I was sitting, and took their remaining places. This goes to show that popularity could override class prejudice, especially where faith in Christ had something to do with it.

During dinner, one of them sitting with me then asked:

If God really exists, then why does he allow such suffering in the world?

To which I replied by asking him a question:

Do you believe that God himself had ever suffered?

The guy in the suit was stunned. The reason he was not able to answer was that he knew that I was referring to the crucifixion of Jesus Christ on the cross. He visualised those nails piercing through his hands and his feet as he remained fastened to two beams of wood. He hung there to atone for our sins. Now as believers we are reconciled to the Father and we can even call him Abba, Father - which in today's terms means "Daddy!" Because of the atonement made on the cross, forgiveness of sin is available to all who believe, and judicial acquittal, a verdict of "not guilty" is declared by God the Judge to all who has faith. This is tremendous news and such news is the power that lies at the base of why we moved to a larger venue - to accommodate more people who have also found Christ through faith and share our worship experience together.

But we also need to face reality. At this very moment I'm typing this blog, the BBC had just announced the start of a documentary about Evolution on the next channel. Indeed, while the news of us moving to larger accommodation is good tidings, the vast majority of our nation sit back to absorb that which is the most subtle, therefore the most dangerous enemy of the Gospel. The snag with Evolution is that it is accepted by many Christians - believers who attend church at a regular basis, mostly graduates, who are often selected for leadership for various church departments, particularly among children of adult members.

The Gospel encourages the love of Jesus Christ for everyone across the board - nationality, race and social class. I think Evolution result in the opposite. National, race and class superiority brings hatred and division. I was able to see that in Weybridge back in the 1970s. I personally believe that the Christian defence against evil is greatly weakened by Darwinism, and as a Creationist myself, I tend to feel embarrassed if I testify to an unbeliever of a young Earth which was Divinely Created. The reason for this embarrassment is that Divine Creationism is looked upon as silly and addle-minded by the academic and the better educated. Yet I feel that if Divine Creation, the Fall of Man and the Noachian Deluge were all fairy tales and untrue to fact, then the crucifixion, death and the resurrection of Jesus Christ must also be untrue, and the Atonement non-effective, as all of these are inextricably linked.

With the walls of Christian apologetics crumbling, atheists gloat over religion as a whole as Muslim terrorists disrupts the Boston Marathon. But even this is minute compared to the 9/11 atrocity at New York and Washington DC alike, taking the lives of thousands. 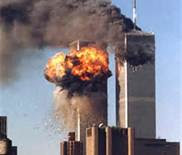 So as it looks to me, with no real belief in the Bible, we have no defence against the rage of the Muslims, while professors such as Richard Dawkins wins the respect of the nation, as with anyone who has a higher level of education are looked up upon with a greater respect than those who don't have a higher education. I for one, believe in Divine Creation, a young Earth, the Fall of man, the Flood, Israel, the Virgin Birth of Jesus Christ, his death, resurrection and ascension into Heaven, and judicial acquittal for all who believe and trusts in him.

I believe that our move as a congregation to larger accommodation is a testimony of the power of God in us as a church. I would like to see it grow, not just in numbers but also in spiritual maturity in each believer. Although I have joked above about taking over the whole of the Ascot Racecourse grandstand, who knows, some years away we may need to move into one of the larger rooms within the grandstand itself. After all, nothing is impossible with God. But we take one step at a time. Now we meet at the Paddock Restaurant, separate from the grandstand. I am hoping that we will be meeting there for a good few years to come.

But outside, people die without knowing God all the time, thanks largely to Darwinism shaping our society. It is tragic! Maybe we all need to cry out to God to pour out his mercy around our location, to our nation, and to the world.